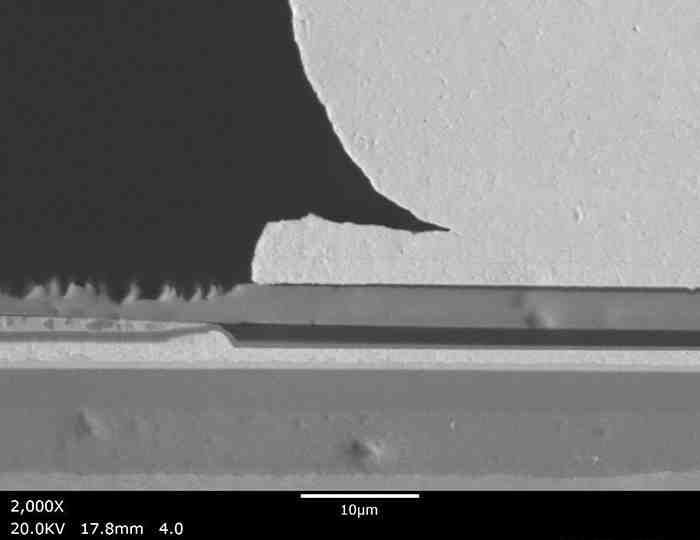 An established method, Energy Dispersive Spectroscopy (EDS) or Silicon Drift Detectors (SDD), is employed in electron microscope to determine the elemental makeup of a sample.

An X-ray is created when the microscope beam displaces an orbiting electron. It is therefore possible to identify an element by analysis of X-ray energy, which is a fundamental property of that element.

X-ray detectors that use silicon drift energy dispersive technology (SDD) have gained in popularity in recent years. Traditional Si(Li) detectors are being used less and less, and the SDD is currently preferred for most EDS applications.

Modern SDDs, thanks to recent advances in detector design, offer not only excellent energy resolution and liquid nitrogen-free operation, but also the ability to collect large amounts of data in a shorter period of time, which is at lower excitation voltages, and under normal SEM imaging conditions. The X-Max is an example of a large active area detector.

The components of Silicon Drift Detectors are:

As a result of its collimating function, X-rays must travel through a narrow aperture in order to reach their destination, a detector. To avoid including other portions of the light microscope chamber in your study, make sure only X-rays coming from the area being stimulated by the electron beam are being analyzed.

Infiltrating electrons produce artifacts in the background, as well as clogging the measurement chain. Permanent magnets are used to deflect electrons as they travel through the trap.

As a vacuum barrier, the window is as transparent as feasible to low-energy X-rays. As far as window materials are concerned, there are two primary categories.

X-ray radiation is converted into an electric charge proportionate to its size by ionisation in the sensor, which is a semiconductor device.

In order for SDD detectors to work, they must be kept at a temperature a few tens of degrees below zero. By use of a cold finger or a heat pipe, heat from these devices is transported to cooling fins in the detector’s body, where it is dispersed.

EDS detectors are designed to convert X-ray radiation as precisely as possible into a voltage signal. Electronic noise must be kept to a minimum to allow detection of the lowest X-ray energy at the same time.

Silicon drift detector X-ray microanalysis with electron beam excitation and energy dispersive X-ray spectrometry has demonstrated to be prone to occasional errors, even on well-separated, high-intensity peaks from significant components. The errors arising from them are stated below which can be avoided during the run of experiments.

Two or more components create main characteristic peaks that are sufficiently near in energy to be considered as viable solutions to an unknown peak discovered by an automatic peak finding algorithm in this region, which is known as a “problem region”. 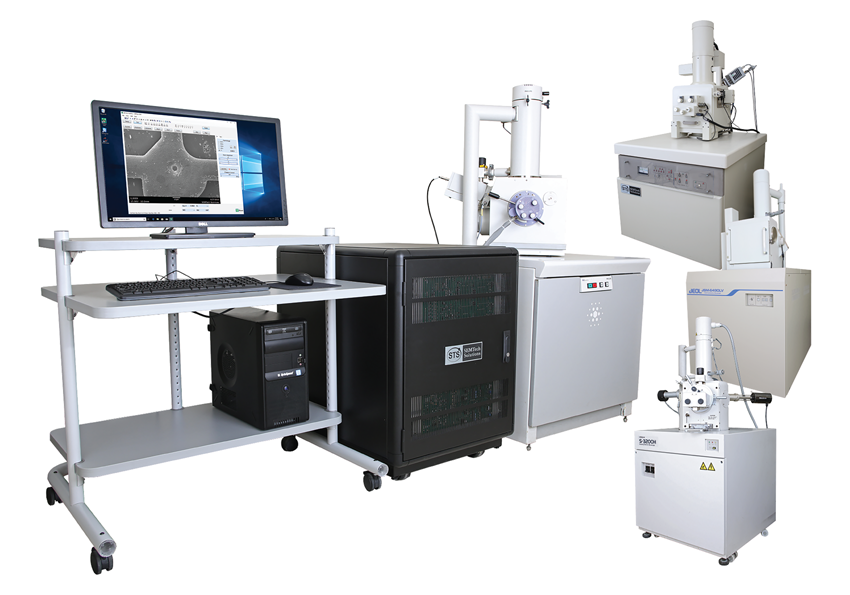 Each of the complex X-ray families produced by the L- and M-shells has one or more minor peaks that are relatively low in intensity in comparison to their major peaks but far enough apart to be resolved by EDS.

The “peak-finding algorithm” is applied to the spectrum before the automated peak identification procedure can begin. Random groupings of background counts in the X-ray continuum can be used to simulate a distinctive peak in this process. User-defined statistical thresholds are commonly used to determine what constitutes a significant peak above this random volatility in the background.

To get a good idea of where to start from, the analyst should apply the solution for automated peak identification. To confirm a peak’s assignment, the analyst should use a methodical methodology such as choosing a labeled high intensity peak with photon energy of more than 5 keV.