There are different cryptocurrencies circulating in the market that include coins and tokens. In this article, we will look at the characteristics of meme tokens, what sets them apart from other cryptocurrencies, and how they derive their value.

What You Have To Know

Emotions run fast in the crypto world. That the richest man on the planet promoted a funny coin with a somewhat low capitalization as his currency of choice and that, at the same time, China very adamantly prohibited the trading and mining of cryptocurrencies were two blows that shook the market and generated losses. for 1 billion dollars in a week.

Despite the hype, the market dragged DOGE down and Dogecoin’s massive gains were short-lived. Since then, it has lost nearly 75% of its May 2021 peak value and, until Musk’s latest bullish tweet, had dropped out of the top 10 cryptocurrencies by market cap. Needless to say, the hope that DOGE could rebound has dimmed, even among its die-hard supporters.

The meteoric rise of Dogecoin paved the way for the emergence of an entirely different type of cryptocurrency. By creating a very fun token, you can also amass gigantic profits. With creating tokens easier than ever, self-proclaimed “meme tokens” began popping up all over the place, entering a red-hot market that had suffered a recent crash. Coins like SHIB and FLOKI came out of the bucket, with ads that undoubtedly targeted a demographic: “ Do you miss DOGE? Buy yourself from FLOKI ”. These advertisements invaded the London Underground.

How Are Meme Tokens Different From Other Cryptocurrencies?

Many of these new coins set their prices several decimal places below zero. This is done on purpose because since we don’t easily and intuitively visualize very small (or very large) sums, our limited brains have a hard time understanding value. 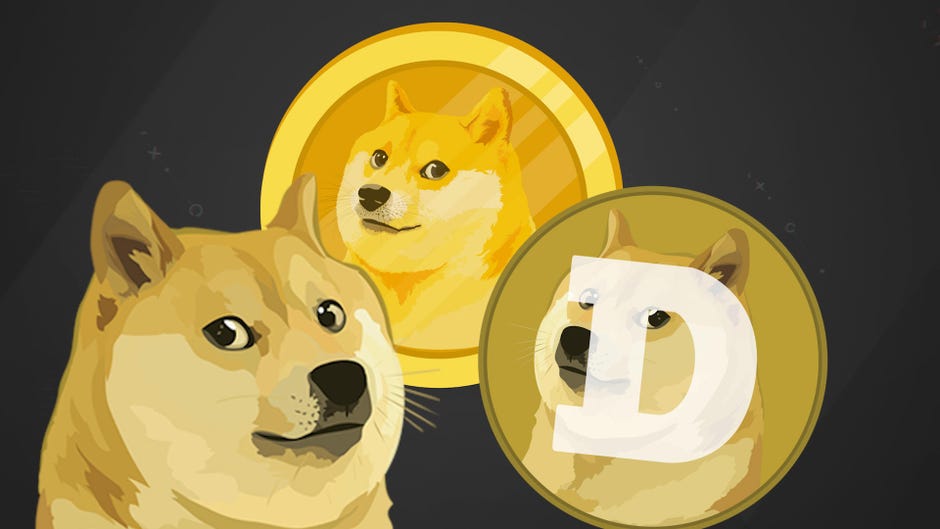 If you want to check it out for yourself, find out what the US public debt is. and try to understand its magnitude at first sight. This strategy has a double purpose: it makes the coin look very cheap and accessible, and it creates the illusion that large profits can be made in a very short time. At the end of the day, if you bought a coin for 0.00006 and its price went up to 0.006, that means you multiplied your original investment 100 times!

An interesting market dynamic was beginning to emerge. Until then, tokens competed mostly on technical differences: proof-of-work versus proof-of-stake algorithms, small blocks versus large blocks, etc. Protocol developers were always looking to outdo themselves and gain a competitive edge with some innovative features that would gain widespread adoption and support. But now there was another kind of competition: the battle for attention. Who has the loudest, funniest, and most captivating community of fans and followers? Who promised the highest returns? Who timed their coin toss perfectly?

The law of the pioneer has always existed: the first to develop or publish something has a competitive advantage. In meme tokens, this law became the first project to reach the auction faster.

Read More About: What is MEME?

Some Examples Of Meme Tokens

When Musk tweeted in March 2021 that if a scandal ever broke out about him, name it “Elongate,” the developers acted quickly and created the ELONGATE token. About three weeks after the tweet, close to 100,000 people had already bought the token.

In November 2021, a decentralized autonomous organization (DAO) aptly named ConstitutionDAO raised close to $40 million in bids for a rare physical copy of the US constitution. Ultimately, the bid fell through. However, the buzz that the DAO generated with its native token PEOPLE gained traction, with some even saying that it was poised to be the “next Shiba.”

The idea behind this is that regardless of whether a project is successful or not, as long as it is popular enough, it can gain momentum. Meme tokens do not depend on basic aspects, but on the effectiveness to advertise. If you analyze the big winners and losers on Coinmarketcap, you will notice that some of those coins performed much better than the market, with gains often exceeding the 1000% mark.

The other side of these coins is that when they fall, they can be hit. When a coin gains enough momentum, it can quickly intensify into a rocket that shoots token holders to the moon or crashes to the ground.